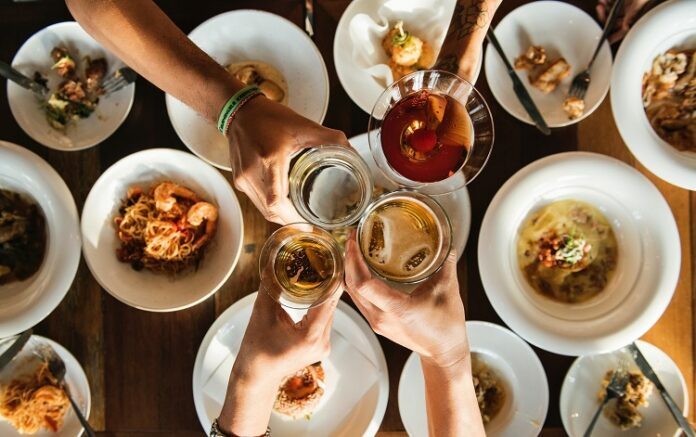 Products that are featured on television shows can influence what clothes people buy, which cars they want to drive, and even how they choose to decorate their homes. But did you realize the impact that popular TV shows sometimes have on what people eat or drink? Here are four influential programs and the food and beverages they brought into the limelight.

“Sex and the City”

Perhaps it’s fitting that a show in which a major metropolis features so heavily should have made the Cosmopolitan into a wildly popular cocktail. When thinking back on the program, it can even be difficult to picture the show’s characters without the pink-hued drinks in their hands. Although a cocktail bearing the same name has been around since the Roaring Twenties, it was the updated version featured on Sarah Jessica Parker’s late-century hit that had the glamorous crowd clamoring for the drink. For those fans who couldn’t afford the fabulous real estate or haute couture featured on the show, sipping a Cosmo was a way to feel like one of the show’s characters without breaking the bank.

Waffles were a mealtime mainstay for Pawnee, Indiana’s Leslie Knope on this recent classic, so much so that one rabid fan counted 19 appearances by the tasty treats over the show’s initial run. Knope’s love affair with these batter-based bastions of breakfast inspired her to list them, alongside friends and work, as what’s most important in life. Versions of the tiny waffle charm she wore on a necklace in several episodes are still sold on handicraft websites.

Of course, any discussion of foods favored by this show’s characters also ought to include bacon, as stoic Ron Swanson’s obsession with the breakfast meat has inspired countless fans to order “ALL the bacon and eggs.” In fact, Swanson’s passion for eating anything that comes from an animal has been referenced in scholarly discussions about meat’s relationship to toxic masculinity, helping to keep “Parks and Recreation” relevant even though it’s been off the air since 2015.

Whether the show’s characters were gathered in the posh manor’s drawing room or the humble staff dining hall, chances are they’d be taking tea and hashing out their latest personal dramas over a warm cuppa. The drinking of this traditional English beverage was featured so often on “Downton Abbey” that a popular tea purveyor even came out with a line named after some of the show’s most well-known characters and settings. “Abbey”-themed tea parties are still thrown, giving this show influence over what people drink each afternoon long after the program’s tea sets were put away for the last time.

This one’s a bit of a throwback, but old-school TV fans will remember Theo Kojak as the NYPD detective with an affinity for lollipops. While some people believe that the flavor of Kojak’s sucker in each episode is meant to provide viewers with a clue in the crime he was working to solve, the reason for the character’s persistent pop-licking is well known. Telly Savalas, who portrayed Kojak, sucked lollipops to aid in kicking his cigarette habit, and his trick is said to have helped many viewers to quit smoking themselves.

Although it may be the plots and the characters of beloved TV shows that we remember the most, the foods and beverages featured on these programs can sometimes have just as much impact. From teas sipped in an English manor to waffles scoffed down in a small-town diner, the drinks and eats favored by the dramatis personae of many TV programs often take on lives of their own.

foody-goody.com provides in-depth journalism and insight into the most impactful news and trends shaping the food industry. Stay in touch with us to get interesting and informative news about Food Related.
© - 2019 - Foody-goody.com